At Avalon we understand the importance of getting your brand in front of your complete consumer base and this includes actively communicating and interacting on social media. In today’s technology-driven world, more and more companies and people are utilizing social media as a form of giving and getting news, staying current on trends, and researching consumer products. In short, if your brand does not have a social media component in place, you are not reaching an important segment of your available market.

Stand alone social media programs begin at $1,000/month and can also be cost-effectively combined with traditional media or International Positioning services in a joint program.

Kinn retained Avalon to help brand and launch their portfolio of pet products. Kinn’s products include devices to help assist with the administration of medicine to dogs and cats. As the Avalon team ramped the PR program for Kinn, it quickly became apparent that social media would play a vital part in reaching the viral community of pet enthusiasts.

In September of 2013, Avalon implemented a targeted Social Media program utilizing Facebook and Twitter to begin the online social branding of Kinn while also actively supporting their growing retail base of veterinarian offices and pet stores.

In six months, Kinn’s Facebook fans have increased 853.3% and the audience is responsive and engaged on a daily basis. The increased exposure has generated sales to veterinarians, retail stores and the website while the media coverage achieved via the traditional PR program has worked to drive consistent awareness in print and broadcast. By continually monitoring key metrics and posts/tweets that performed the best in terms of overall engagement and reach, Avalon continues to post similar, but unique, content designed to communicate with the fan base as they prefer and incrementally increase overall brand exposure to the viral community. 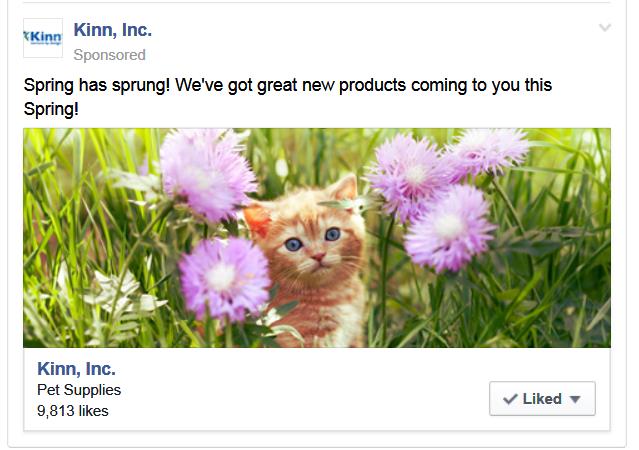 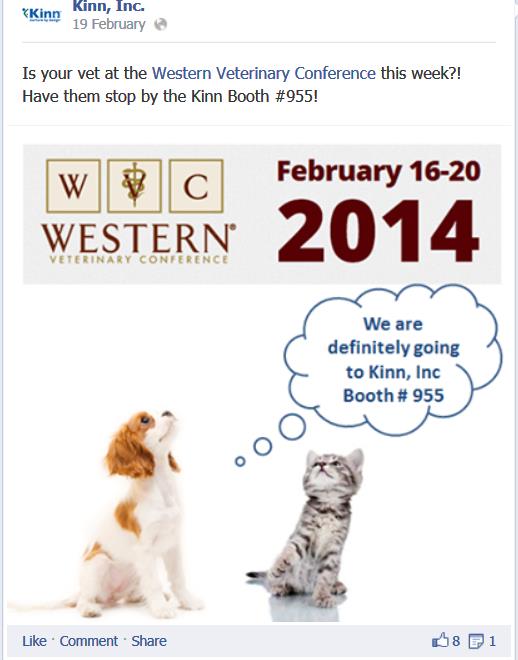